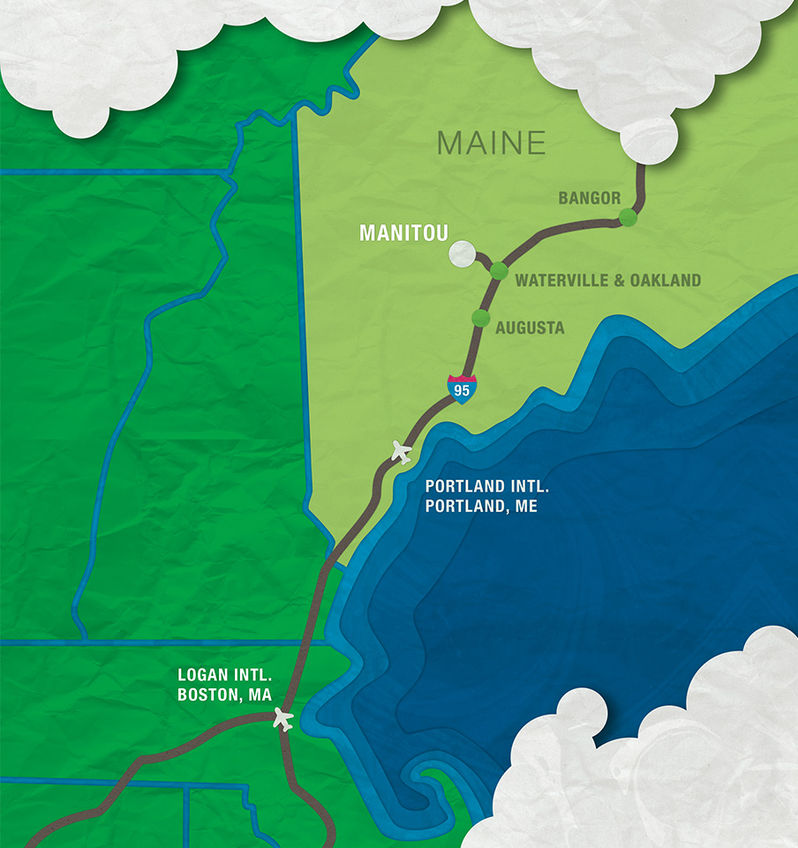 Camp Manitou is located on East Lake, a member lake in the beautiful Belgrade Lakes chain of central Maine. Camp is a three-hour drive north from Boston, MA and an hour and a half from Portland, ME. If you are using a GPS, please use the following address: 47 Camp Manitou Cove, Oakland, ME

Follow Interstate 95 North to Exit 127 to Waterville/Oakland. (In Maine, I-95 becomes the Maine Turnpike, which turns into I-95 again just south of the camp). At the end of the exit, take a left onto Route 137 toward Oakland.

Follow Route 137, staying to the right of the Mobil gas station at the fork in Oakland. Manitou is six miles from the highway, on the right, just after the D&L Country Store.

Follow Interstate 95 South to Exit 127 to Waterville/Oakland. At the end of the exit, take a right onto Route 137, and proceed as stated previously.

Delta and USAirways fly to Bangor, while the Portland airport is served by Delta, Jetblue, Southwest, United and US Airways. Logan is served by a wide variety of national and international carriers.

We're sorry to say your browser is at least 16 years old and has security vulnerabilities. Please update your browser and come right back! For the best possible experience at CampManitou.com we are using some fun new technology and we'd love for you to see what we've done. See you back here very soon!