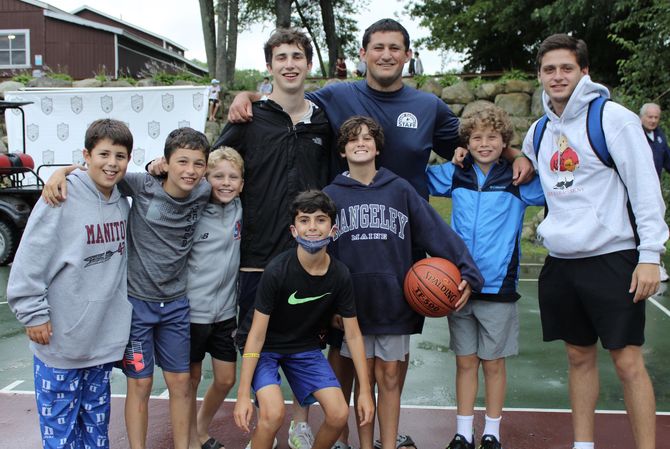 First session ends, many say their teary goodbyes, and others head off campus for a change of scenery. For 24 hours, camp goes into a camper-free frenzy of travel coordinating, bunk cleaning, and unpacking. At the end of it all is a new beginning.

College League is so close, and so good right now! It comes to a fun, exciting, and emotional conclusion in a couple of weeks. Shortly after, Color War buzz takes over. Campers and staff have been discussing and plotting strategy, messages, t-shirt designs, and “psych moves” for many months, and sometimes years. The planning of the Color War is already in the works.

There is a lot to look forward too; we can’t wait to see how the rest of the story unfolds.

We're sorry to say your browser is at least 16 years old and has security vulnerabilities. Please update your browser and come right back! For the best possible experience at CampManitou.com we are using some fun new technology and we'd love for you to see what we've done. See you back here very soon!